AGLAE processes data from series of proficiency tests and draws in particular information about the analytical methods. These studies aim to inform laboratories and help them understand the differences they may also observe. 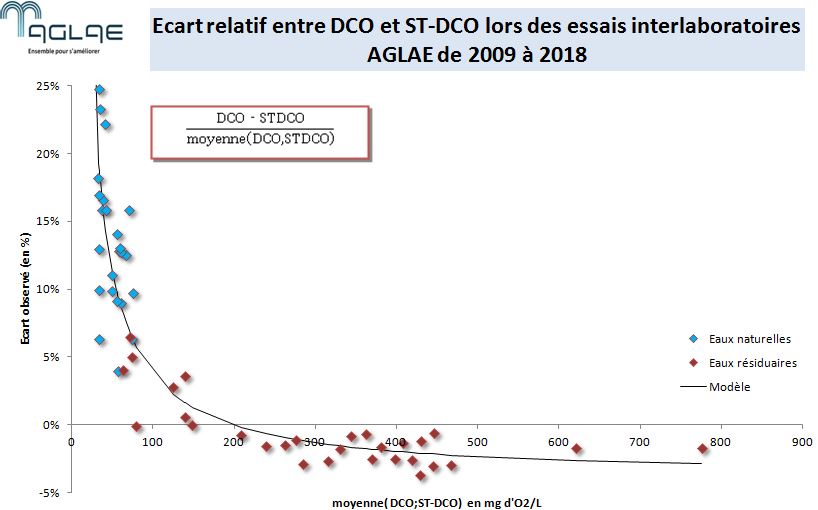 Since 2009, A.G.L.A.E. has organised interlaboratory tests in which the participants can report results for ST-COD (small scale sealed-tube method) in addition to classical COD. A first study was done in 2013 to compare these two methods from the results obtained during our tests on natural water and wastewater. It was updated in 2019 with data from the tests carried out in the meantime, i.e. a total of about twenty tests in natural waters and about thirty tests in waste waters. The conclusions remain the same, namely that the two methods are not totally equivalent but the differences remain small:
-    ST-COD gives higher values of 2% for concentration levels above 200 mg/L. It gives lower results of about 5.5 mg/L for contents below 200 mg/L.
-    The precision of ST-COD analyses is slightly lower than the classical method for contents above 100 mg/L.
-    On the other hand, the precision of ST-COD analyses is better than classical method precision for levels below 100 mg/L, especially as the concentration level decreases.

Influence of the samples' pretreatment during proficiency testing in solid matrices 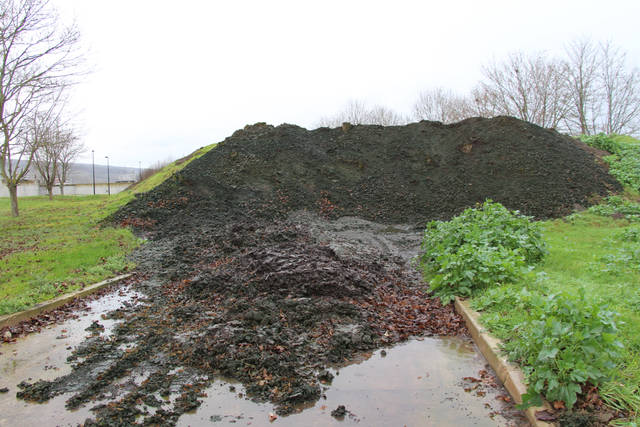 One of the main issues when implementing proficiency tests with a solid matrix is to obtain a sufficient batch homogeneity. AGLAE has implemented proficiency tests in raw solid matrices and in pretreated solid matrices for metals and organic micropollutants (PAHs) in order to check if the raw materials could be homogeneous enough to be employed during proficiency tests. The aim of these tests was also to evaluate the uncertainty of measurement component due to the pretreatment of the samples and to compare the analytical performances of the laboratories including or not the pretreatment part of the samples.

The batch heterogeneity is significantly higher in the raw batches, which may lead to exclude parameters from the test. The uncertainty of measurement component added by the pretreatment of the samples is negligible for the chemical analyses and metals but represents on average 17,5% of additional dispersion for the PAHs. The analytical biases are thus highlighted less precisely in a non-pretreated matrix because the additional dispersion makes the check less reliable (the acceptance limits are based on the data dispersion). Furthermore, the contents found are globally lower in the raw matrix.

Finally, these tests have shown that the checks have to be mainly focused on the analytical part of the analysis and not on the pretreatment because the number of bad results attributed only to pretreatment is very low. The use of a pretreated matrix is recommended. However, the participation in proficiency tests in raw matrix, under the condition that the matrix is homogeneous enough, is recommendedr but at a lower frequency.

Comparison of dissolution methods for metals in sediments and sludge In this technical note, w 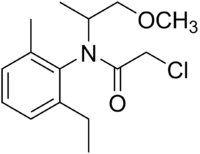 e report the reliability evaluation of measurement of metabolites of chloroacetamides carried out in 2016. To achieve this, a proficiency test has been carried out by AGLAE upon request of the Heath Regional Agency of Aquitaine Limousin Poitou Charentes which was concerned by the question of sanitary control of water. This proficiency test focused on 6 metabolites of chloroacetamides in river water and Evian water with several concentration levels. We observed that values targeted by spiking were overall well recovered by participants.

Reproducibility values were also consistent for the concentration level targeted. Performances of laboratories are overall satisfactory.

This proficiency test enabled us to prove that dosage of these 6 molecules didn’t present more difficulties than pesticides dosage in general and that laboratories control the whole process (reliability of analyses, uncertainty estimation).

Uncertainties of measurements and zeta-scores rried out according to the type of parameter and the nature of samples analysed. We also examined the evolution of data between 2013 and 2015.
Uncertainties could be linked to families of parameters.
We also observed that the nature of the sample can have an effect on uncertainty, especially for metals. For these parameters, laboratory uncertainties and the percentage of underestimated uncertainties are lower on clean waters than on wastewater and solid matrices.
There was little change between 2013 and 2015. The percentage of laboratories accompanying their results was already high in 2013 and increased slightly in 2014 and 2015. The uncertainties given by the laboratories have slightly enlarged and thus a slight reduction in the number of underestimated uncertainties was observed.

Download the report on Uncertainties of measurements and zeta-scores

Comparison ICP/MS and other techniques for Fe, Ti and Hg 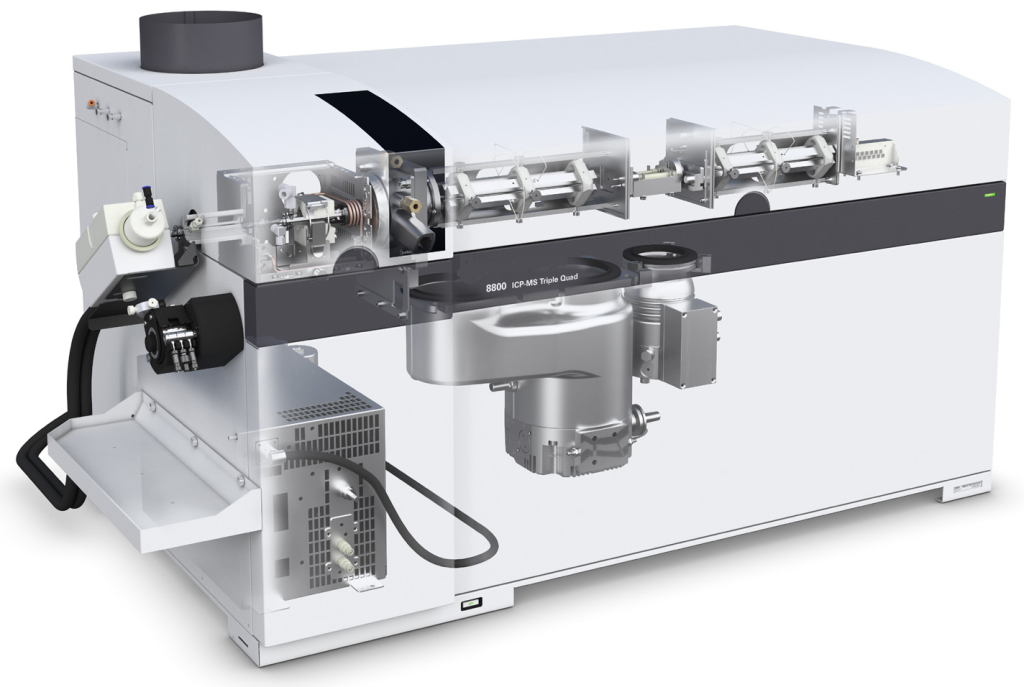 This study aimed to check if there are deviations between results obtained by ICP/MS and those obtained with other methods currently used for the analysis of iron, titanium and mercury in clean waters (clear waters such as tap waters or bottled waters). Proficiciency tests organised by the Association since 2012 were processed for new data treatments by separating the participants’ results according to the method they used.

Download the study Comparison ICP/MS and other techniques for Fe, Ti and Hg

For 5 years, AGLAE has been organising interlaboratory testing schemes in natural waters and waste waters for the chemical oxygen demand (COD) by classical method and by small scale sealed-tube method (ST-COD). In total, 27 test materials were analysed and for each one we could observe deviations between measurement results of the two analytical techniques:

there is no complete equivalence between precision values (variation coefficients of reproducibility and repeatability) of both methods according to the type of matrix: the ST-COD gives more repeatable and more reproducible results than COD in natural waters, the precision of both methods tends to be similar in waste waters

Deviations between methods - analysis of metals in clean waters AGLAE has been organising proficiency tests for the metals analysis for in clean waters for about twenty years. During these tests we regularly observe deviations between participants' results obtained with different analytical techniques. We have studied and quantified these deviations by processing data obtained during several interlaboratory comparisons.

Comparison of mineralisation methods for Fe and Sn in waste waters 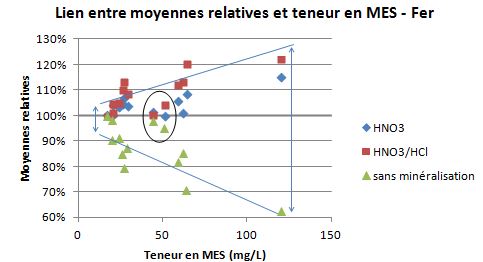 Deviations between methods - analysis of micropollutants in clean waters Several deviations between methods have been identified:

Anionic surfactants index, comparison of analytical methods (spectrophotometry with or without flux)

The determination of anionic surfactants index in accordance to different analytical methods does not always enable laboratories to quantify surfactants in water samples, to their entirety. During AGLAE’s proficiency tests (PTs), participants usually use two analytical approaches: spectrophotometry with or without flow. It has been found that results from laboratories using the flow tend to be consistently lower than ones from laboratories which analyse without the flow.

Download the study Anionic surfactants index, comparison of analytical methods (spectrophotometry with or without flux) (only abstract in English)

AGLAE is accredited by the accreditation body Cofrac for intercomparison activities.

AGLAE defined a charter to promote a respectful work environment.

AGLAE is an association of laboratories.

Its aim is to enable laboratories to check, improve and maintain an optimal quality level for their analyses.